A Breakdown: Moab vs. St. George

Coke vs. Pepsi. Pacino vs. DeNiro. Sopranos vs. The Wire. Luke vs. Max. Some epic battles can be decided only with a Dr. Jack-style breakdown a la Bill Simmons. Let's get right to it.

St. George requires a lot more travel than Moab. For one thing, Moab is a little over three hours from Racer's Bike shop in Provo, whereas St. George takes an hour longer to get there.

Of course, you rarely drive to St. George. Usually, you -- and by you I mean me and my buddies -- drive straight to Gooseberry Mesa through Hurricane. And if you want to do a ride away from Gooseberry, you have to drive back along a bumpy dirt road for at least 30 minutes to get to the next trailhead. That's a lot of car time, which is fine unless Dug is playing the Sensitive Guy playlist on his iPod, which includes, but is not limited to, the Indigo Girls.

Here's another drawback to St. George. The epic "St. George" rides are actually an hour away from St. George. On the other hand, the Moab rides are all close to town. Whether you're staying in a hotel in town or camping near Slickrock, you're within a 20-minute drive on paved roads to practically any trailhead.

It's looking like a Strong Edge win for Moab, right? Not so fast.

Being in St. George forces us to camp. And the camping in St. George is fantastic. For one thing, not many people camp next to the windmill, so there's plenty of firewood all around. We're so far away from town that we can see the stars in their full Milky Way glory. Plus, Brad will get his yurts built soon, so the camping will be even better. At Moab, you have to bring your own firewood if you're camping, and it doesn't feel as remote.

Upon further review, the superior camping in St. George isn't enough to offset all that extra car time.

Moab is usually so crowded that it's sometimes frustrating to be there in the Spring or Fall, which is why we made a habit of doing Fall Moab in the first week of November, when the crowds have died off enough. Hotel rooms are available and the wait for restaurants is minimal.

When we went to St. George last week during Spring Break, we saw only a dozen or so riders during the four rides we did in three days. I guarantee Moab was so packed that weekend that there would have been a waiting line to drop into the bowl at Slickrock. Not to mention a 45-minute wait outside Moab Brewery.

It's about time we discuss the actual riding. While the most famous ride in Moab is Slickrock, Gold Bar Rim is the ride we pick to do on Saturday. It's got everything -- rolling singletrack, ledge drops, ledge climbs, a top-notch crux move, which I'll discuss later, and plenty of trail options. You can make it a there-and-back ride, or you can drop down the Portal Trail or Poison Spider Mesa.

On the other hand, Gooseberry Mesa in St. George has rolling singletrack, ledge drops, ledge climbs, a couple of decent crux moves, and plenty of trail options. Plus, it has the otherworldly section through Hidden Canyon, where you duck your head below overhanging rock formations.

I need a tiebreaker. Let's try this. When the cars pull up to the trailhead, and everyone is pulling their bikes off the racks and getting ready to ride, where am I more excited? Gooseberry or Goldbar? Interestingly, the two rides with the highest tingle factor for me are Tibble Fork and Slickrock. So that doesn't help.

This one is just too close to call.

For the Friday afternoon/Sunday morning rides, Moab has Porcupine Rim, Slickrock, Amasa Back, the highly overrated Flat Pass, and a few other obscure gems like the Sovereign Trail and Moab Rim, which is no longer an option on singlespeeds.

St. George has Little Creek, where I ride -- and frankly there's no other word to describe it -- heroically. That's right. I ride heroically there. There's also the Jem/Gould loop, which includes the greatest one-mile stretch of singletrack I've ever been on. This is not an exaggeration. I was laughing while sprinting through this winding bobsled run. It was thrilling adventure. Unfortunately, I'm built like a Weeble right now, so I paid for my outburst during the rest of the 26-mile desert ride.

St. George also has the Zen Trail right in town. By the way, while riding the Zen Trail, I pulled up to a resting point where the other riders had gathered and announced that I felt like I'd reached a state beyond fear and desire. No one responded. Frankly, I thought that deserved at least a token laugh.

I've been going to Moab at least once a year now since the early '90s. I remember sharing a bed with Stuart and waking up soaking wet in what I mistakenly thought was my own urine. I remember getting so upset when I found out my friends did a new ride they'd promised not to do that I became a belligerent drunk that evening and was nearly thrown into a creek. I remember letting my friends convince me to perform a belly dance by the campfire. That's a lot of memories in Moab.

Now that we ride singlespeed bikes, crux moves aren't as important. Crux moves used to be a good way to measure your biking skills. We'd all gather around a place and take turns trying the move and busting chops. We still do that, but not as often, and not as long. The singlespeed riding lends itself more to cruising along the trail in a road-like rhythm.

The best crux moves at Moab are the Triple-Ledge move at Gold Bar, the aptly named Crux Move near the top of Amasa Back, and a handful of others at Slickrock.

The best crux moves at St. George are the Toilet Bowl and Sidewinder moves at Gooseberry and the Double-Ledge Canyon move at Little Creek.

Here's the bottom line. If I go mountain biking anywhere in the world -- Fruita, CO, Bend, OR, Durango, CO, Asheville, NC, Squamish, BC, or some Alpine town in Germany, I'd compare that place to Moab. Not St. George. So while St. George is in the same league as Moab, I'm afraid I can't call it the champ.

That title belongs to Moab.

I am Bob. I have spoken. 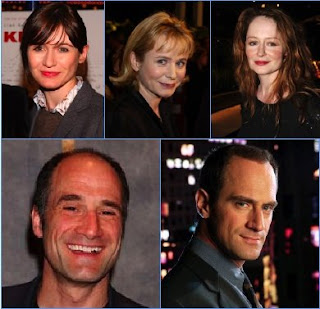 Now that security is improving...

I just read this on ESPN.

BAGHDAD -- Police say an Iraqi soccer player has been shot dead just as he was about to kick what could have been the tying goal in a weekend game south of Baghdad.

Police Maj. Muthanna Khalid says a striker from the Buhairat amateur team was facing only the goalie during a Sunday match in Hillah when a supporter of the rival Sinjar club shot him in the head in the final minute of play.

Sinjar was leading 1-0 when the shooting occurred. Khalid said a spectator was arrested.

More Iraqis are turning out for sports events now that security is improving.

On a related note, my sons have started playing soccer. Their first game was something to behold. A team of kindergarteners destroyed my kids' preschool team. The good news was that Max scored two goals. The bad news was that he scored them against his own team. The worse news was that Luke was the goalie.
Posted by Bob at Monday, March 16, 2009

Winter is usually when I retreat from adventure. Rather than climbing mountains in the Andes or performing interpretive dance in Prague, I amuse myself with books, movies, and television. As a result, one could make the argument that my life is boring from an external perspective. I like to say that boring is relative, unless I'm nodding asleep, in which case I mumble and slobber.

I went on a World War II phase, reading about six WWII books in a month. The best one was called The Mammoth Book of Eyewitness World War II. I know. It's a stupid title. But it was excellent, with personal accounts from infantry and brass on both sides. It's similar to the fascinating The "Good" War by Studs Terkel, only with less poignant artistic value and more battle stories.

The best part of the book is the account of France's fall. The conservative party in charge was faced with either fighting the Germans and losing elections to the leftists or signing an armistice treaty that allowed them to keep power in Vichy France. Before they signed away most of their country, they coaxed a few key Frence generals into intentional bad maneuvers that allowed German troops to blitz into France. If I had to choose between that conservative French government and the Bush Republicans, wow. What a tough call.

I also read a few Band of Brothers accounts, along with an excellent book called With the Old Breed by Eugene Sledge, one of two books on which is based "The Pacific," with is a 10-part HBO mini-series that comes out next year. Yes, I'll re-subscribe to HBO.

I also tried to read a book by Jonathon Kellerman. That didn't work.

Mad Men, Season 2 - Just as good as the first season. Don Draper is the most compelling television character since Tony Soprano. It's a smart show.

Top Chef - Wendy got me into this show. Now I'm hooked, even though I'm not a foodie.

Adam Bede by George Elliot - One of my favorite novels in college, but I have a difficult time thinking I understood it as a 21-year-old kid.

The Corrections by Jonathan Franzin - I'd read this before and thought it was in the running for The Great American Novel. It doesn't quite hold up.

When You Are Engulfed in Flames by David Sedaris - Hilarious, as usual.