It's a Pretty, Great State 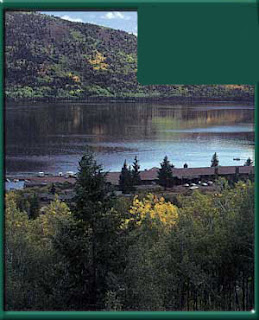 It's been nine years since I moved away from Utah. In both Indiana and Seattle, I've considered my living arrangement temporary to some degree, because part of me thinks it's only a matter of time before I move back home to Utah. Each time I go back to visit, usually for a biking trip, I reevaluate it as a place to live.

So here are my most recent impressions of Utah:
The Salt Lake streets are wide and friendly.
There are bike lanes everywhere. In fact, Salt Lake is a much friendlier cycling city than Seattle. With the tree-lined streets, the renovation of the previously shoddy warehouse district, and the pleasant downtown shops, Salt Lake is becoming more and more charming. Too bad they don't have the coffee lingo down.
The lawns are greener in Utah than in Seattle.

I don't want to sound like a self-righteous granola dude, but I'll say it anyway. Utahns waste water. I suppose it wouldn't be strange if you live there all the time, but seeing all that green grass in the 100-degree desert climate is odd to me after having been away. In Seattle, lots of people cover their entire front and side lawns with bushes and flowers not because it saves water, but because they think it looks good. And it does. The Seattle folks who do have grass usually let it die during the summer. In Utah, people plant grass in their front yards, back yards, side yards, and the tops of their mailboxes. I suppose it's fine because they can always add more reservoirs.
Provo is a ghost town on Sundays.

I feel like a rebel while strolling around Provo in shorts and sandals with no intention of going to church. It's nice to see a town preserve its local color, at least to some degree. Sure, there are McDonalds and Del Tacos and Wal-Marts everywhere, but it's oddly pleasant to see stores like Seagull Books and Clean Flicks. I just wish I could figure out a way to buy more candy in Provo.
The purple mountains.
A bunch of us rode trails near Richfield and Fish Lake that we'd never been on before. I miss the openness of that country. I miss having the mountains so close. I miss the red rocks and juniper bushes and desert flowers. I miss the remote clouds that make you understand what "big sky" means.
Interesting factoid: When I told my father that I'd been mountain biking in Fish Lake, he told me that my great grandfather, John Bringhurst, was the first person to ever swim across that lake. I'm telling you, Utah is in my blood.
The longer I'm away, the weirder the Mormon stuff seems.
In the airport, I saw a group of blond-haired, blue-eyed happy happy happy people holding up a huge "WELCOME HOME BROGAN!!!" sign outside the security area. If I saw that scene in a movie, I'd think they were type casting. In the past, seeing those missionary signs triggered a bittersweet sense of nostalgia, and I would wonder whether Brogan's girlfriend waited the two years for him to complete his mission, and now they'd get married and go to BYU together and have a big happy family and live in a large house with a huge grassy lawn, and I used to wonder what might have been. This time, that airport scene gave me the willies.
Posted by Bob at Tuesday, July 03, 2007