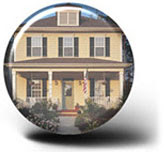 I have three different intros to this whine-fest. Instead of acting like a decent self-editor and narrowing it down, I'll give you two and let you pick:

Intro 1: The Patriots are playing the Steelers this week. Since we're guaranteed that both teams -- winner and loser -- will complain about bad officiating, I thought it would be appropriate that I do some whining of my own.

Intro 2: One of the reasons I abandoned a somewhat popular blog to write this, ahem, less popular blog is because I didn't want to cater to an audience. I want the freedom of mind to pick subjects that no one likely cares about but me. And not only is the subject boring, but I'm going to complain bitterly.

So here we go. The housing market is crashing here in Seattle. Prices have already dropped 10% since July, pushing us back to 2006 prices, and the huge inventory of houses means that prices are going to continue to drop for some time, probably bottoming out at 2004 prices. We bought a house in 2005. Unless we're willing to take a loss, we're not going to be able to sell our house without losing money for years and years. That makes me feel trapped.

Here's the main reason this upsets me: Other people's financial irresponsibility is hurting my pocketbook.

The housing market has become too much like the stock market for my taste. If I want to invest in Wal-mart, that's my choice. If the market drops, I can deal with a loss of value, but I have a difficult time handling a decline in the housing market. I move around a lot, and when I move to a new city, I do not want to deal with a landlord. I want to feel relatively safe in buying a house. If I hang on to any house for five years or so, I think I have an inalienable right to be able to sell that house for at least the price I paid for it. Right or wrong (and pretty obviously the latter), that's my mindset. In the current housing situation, buying a house is no longer safe.

As is being testified before Congress, lenders have made it far too easy for people to buy homes. Unfortunately, in 2005, I had no idea how easy lenders were making it. I had heard of the multiple-loan situation in which buyers can't save enough money to make a down payment, so they take out multiple loans. This started as a workaround, but it became standard practice. The technique works well for people who have a good, steady income but aren't good savers. I also knew about ARM loans in which the buyer gets a low interest rate for a certain period of time -- usually three to five years -- and then the interest rate is reset when the term ends. This kind of loan makes sense for new buyers who know they're going to be earning more money in a few years or who know they'll be moving, refinancing, or paying off the loan. Then there are interest-only loans, which is another reasonable short-term option that's fine in a stable housing market. But I had no idea that people (many of whom had bad credit or unstable incomes to begin with) were combining these workarounds, putting hardly any money down AND getting interest-only ARM loans. And not just a few people. Lots and lots of people were doled out (or coaxed into) these crazy no-risk loans. And some people were getting these no-risk loans to purchase rental properties. Bleck.

The short-term effect on the market was predictable. Housing prices skyrocketed. A lot of people thought, Hey, I bought a house for $350,000, and a year later it's worth $400,000, so I can take out a loan on the appreciation -- free money! And if I buy a rental house, I'll have twice as much free money! People took out loans on their houses to remodel or buy other houses, which stimulated the economy and made people want to invest in the hot housing market by flipping houses. New constructions popped up everywhere. Apartment buildings were converted into condominiums.

The long-term effect on the market was equally predictable. Several things happened at once. In many markets, housing became unaffordable to most buyers, making it significantly less expensive to rent. The first phase of the ARM loans ended for a bunch of people, and they couldn't make payments at the higher interest rate. Since many people had hardly anything invested in the property, they could just walk away. And they did. A lot of them trash their houses before skulking back to someone's basement. Foreclosures joined the already crowded housing inventory. Flippers and renters saw where the market was going, stopped buying houses, and put their rentals up for sale. (The owner of the house next to us fits this profile perfectly -- she kicked out her renters when she could no longer borrow against her house, put the rental up for sale, and the dark house just sits there.) Buyers fear entering the housing market in the same way that investors don't want to buy an overvalued stock. And the mortgage industry came to its senses and tightened their lending practices, thereby removing potential buyers from the market. Pop.

The government had a hand in this too. I'm not sure who was involved or what the relationship was between legislators and the mortgage industry, but I do know that Alan Greenspan actually encouraged people to get ARM loans when interest rates were near an all-time low. Why would he say that? Someone had to be pressuring him, right? After 9/11, the recession deepened and the stock market was reeling, so politicians likely thought stimulating the housing market would jump-start the economy. If that was their intent, it worked. But the housing market got out of control, and the bursting bubble is probably going to plunge us into another recession that'll probably be worse than the one it pulled us out of.

If I had bought a house in the mid-90s, I wouldn't be bothered by this whole bubble burst. But the overinflated market put us in the position that the only way to buy a house to was to pay an insane amount of money for it. Even though we had 20% to put down on the house we wanted to live in, we were buying into a market artificially inflated by all the flippers, speculators, and creative-loan flibberdigibbets.

Of course, we're not planning on selling our house any time soon. And since the housing market is now frighteningly similar to the stock market, another crazy swing back up is inevitable. But I don't like it.
Posted by Bob at Friday, December 07, 2007