On April 15, 1452, Leonardo DaVinci was born. Leonardo painted the Mona Lisa and served as the inspiration for a mutant ninja turtle.

On April 15, 1843, Henry James was born. Shortly after his entrance into the world, he is reported to have said, "Indeed."

On April 15, 1861, the American Civil War started. Abraham Lincoln declared there was an insurrection uprising and called out union troops. The South would have won that war had they not run outta amnition.

On April 15, 1865, Abraham Lincoln was assassinated in what must be the disappointing performance by an actor in a theater.

On April 15, 1912, the Titanic took a little more than 2 1/2 hours to sink. With 2,223 people on board, the lifeboats had the capacity for 1,178 passengers, but only 706 survived. 1,517 people died, including a young man named Jack, who could not float on the same piece of wood as his new girlfriend and thus sunk dead, reaching skyward. His heart still goes on.

On April 15, 1947, Jackie Robinson made his debut for the Brooklyn Dodgers. Unfortunately, black people are no longer all that interested in baseball.

Bob Dylan's "I Want You" is one of my favorite songs, only not when Dylan sings it. Don't get me wrong -- I think Dylan is a fine performer, and Blonde on Blonde is one of my favorite albums. It's just that Dylan's version of "I Want You" is a bit too folky or melancholy or flat or boring. In the context of Blonde on Blonde, it's perfectly decent.

At least two other singers have done better renditions.

In the original broadcast of Bob Dylan's 30th Anniversary Special, someone named Sophie B. Hawkins did an excellent cover of "I Want You" that came closer to fulfilling the divine nature of what the song could have been had not Bob Dylan flattened the song. For some reason likely related to a financial dispute, Hawkins' version isn't on the video or the album. Hey, here it is: 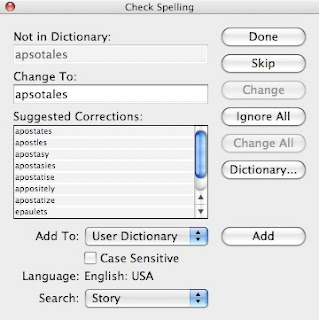 According to school officials, there is nothing amusing about this sad, costly, non-Freudian mishap. However, several apsotales were indeed amused. Yeah, verily, they did snicker.
Posted by Bob at Monday, April 06, 2009 7 comments: