Then the plans changed, so the reception and wedding were going to take place at the same time in California. My ex-brother-in law, Kirk, insisted on inviting his second wife's extended family to the wedding, but Shari wasn't too keen on that idea. She would likely get stuck paying for the whole shebang since Kirk owes more money to more people than Lenny Dykstra and Bernie Madoff combined.

Kirk probably said that (A) he's good for it, and (B) they should just have a pot luck dinner in which everyone brings potato salad and Jello and meat products. Kind of like at his first wedding, the one in Bluebell, Utah. (My favorite dessert at that wedding was animal crackers.) I'm just guessing. I have no idea what happened.

Anyway, if the wedding had taken place, there would have been underlying hostility, which goes against the very idea of a wedding. You know, where the community gathers to celebrate a couple's commitment to each other. 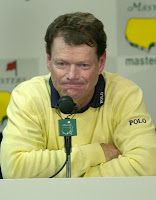 There Is Forgiveness in my Heart

My friend Dug has been waxing eloquently of late. Even though his prose is overwrought, his heart seems to be in the right place.
Posted by Bob at Friday, July 10, 2009 No comments:

When a Friend Gets Awkward

I don't know if you're like this, but there are times when a friend, someone I've known for years and years, surprises me with odd behavior. In the last year, I've been disappointed a couple of times, causing me to re-evaluate my perception of a friend. Most recently, this happened with Dug.

Dug is supposed to be a crank. We all know that and accept that. If you make a bad joke or use a word incorrectly, he calls you on it. Because he's a crank.

He acts like he doesn't care about anyone or anything. If anyone else acted that way, you'd back off, but with Dug, it's different. You know, deep down, that it's a facade. Dug is a good soul. He just never shows it.

Dug just recently posted a blog entry that made me feel uncomfortable. It's just too much information. I don't want to see that kind of emotion expressed, especially from someone who gets so much mileage out of being cranky.

Back when I lived in Provo, I missed camping. These were the days before kayaking and mountain biking trips, so I wasn't getting my fill of the outdoors. So I tried convincing some friends to go camping with me. I lived in the same apartment complex with several friends, kind of like a Melrose Place situation (in fact, it was exactly like Melrose Place), and I thought the smartest thing to do would be to organize everything. I planned the meals and got the tarps and tents and all that. It was a huge hassle. Despite my efforts, the people complained. "Don't you have a warmer sleeping bag? I was freezing last night!"

The next summer, I took the opposite approach. I told a few people that I was going camping, and if anyone wanted to come along, my pickup truck was leaving at 5:30 pm sharp. But you have to get your own gear, and make your own meals, and if you can't fit in the back of the truck, you have to find your own ride. As you can guess, that approach worked great, and Friday camping turned into a tradition. We just drove a little ways up the canyon on a Friday afternoon and set up our tents. In fact, talking about this reminded me of something I hadn't thought about in years.

I had a sling shot -- a wrist rocket -- that helped me menace small animals and trees. I never hit any squirrels, but I did nab a few trees, the bigger and less darty ones. And then one day, a herd of deer wandered near our camp site. I took careful aim -- Say hello to my little friend -- and wham!. I shot a deer in the butt. The deer reacted cartoonishly, jumping about 15 feet straight up in the air and then, when it finally landed, bolted off into the woods, unharmed but humiliated.

Camping in Seattle isn't as easy as camping in Provo. For one thing, in order to get the same kind of campground here in Seattle, we had to drive about 100 miles and pay Motel 6 rates to set up camp near Roslyn, the little town where Northern Exposure was filmed. For another thing, I couldn't just tell everyone they're on their own. We had to find gear for the boys, as well as for Kim and Bethany, my sister-in-law and niece.

Bethany's sleeping bag was too cold. I have mixed feelings about this. Back when we lived in Indiana, Bethany needed to borrow one of our sleeping bags for some kind of girl scout outing, so I loaned her my black zero-degree Kelty bag, which I had bought for climbing glaciers in Washington. When Bethany returned my sleeping bag to me, it was green instead of black. I asked her what happened to my bag, and I got an odd, befuddling story that teenagers are wont to tell. It put me in that awkward situation where I had to decide between letting it go or making a big deal of it, so I let it go. And now, after shivering all night long in the green sleeping bag, Bethany wishes that I had made a big deal of it. Like rain on your wedding day, it's ironic.

And here's another element of irony. In order to "relax" for a few days of camping, you have to spend roughly half the amount of time (0.5x) bustling to get ready to camp. In other words, a 72-hour camp trip requires 36 hours of preparatory bustling.

Lake Cooper is stunningly beautiful, however, and the relaxing is therapeutic. All that relaxation goes away quickly when the boys need to get ready for bed. Luke and Max wore shorts, t-shirts, and sandals, they "helped" with the fire, and what food they didn't eat still managed to touch a part of their body. To use understatement, they were dirty. To use mild hyperbole, if they showed up for a scene in a movie based on a Dickens novel, they'd be sent back to the make-up room because "people don't get that dirty working in a coal mine."

Having been pulled out of my reverie, I was in a grouchy mood, so I set up an assembly line. I had the boys strip down and stand on the picnic table, and then I washed them down with a bucket of water that very quickly started looking like that sludge coffee from Saving Private Ryan. Max started crying and demanding a band-aid because I rubbed one of his owies, but I would have none of it. After I got on their jammies in the dark, I pulled out their toothbrushes and smeared on toothpaste. While I bustled elsewhere, I told them to brush their teeth. They started brushing, and then looked at each other.

I reached into the plastic bag and realized I had grabbed the wrong tube.

"Of course it tastes bad. That's shampoo. Now give me your brushes and let's do it right this time!"

Zen and the art of camping.