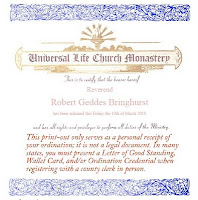 Phrase of the Day

Max and Luke now have separate bedrooms. While they were playing in Luke's room before school, I went in and parentally urged them to get dressed. Max left Luke's room, while Luke went through the motions of getting dressed. I don't believe Luke was trying to make me mad with his boondoggling -- part of me believes that that's just how little kids are -- but I wasn't sure. I guess a child just can't take pajamas off and put clothes on without interrupting the process at regular intervals to pick up a lego here and bottle cap there. Oh, what's this thing stuck to the side of my dresser? I know I'm late for school, but I don't mind taking a few minutes to pick at it.

A minute or so later, Max came back into Luke's room, fully dressed, while Luke had barely managed to get his pajama tops off.

"What took you so short?" Luke asked.