Wendy's family just left town. Wendy is out of town on a business trip. My parents are coming in to visit on tomorrow. That means that for about 26 hours, the boys and I have the house to ourselves. To celebrate, we did our ritualistic trip to Barnes & Noble. First we eat lunch, and then we go into the Children's Literature section where we sit in our secret corner to read books.

To my sons' frustration, we don't make a direct route from the food area to the kids' books area. I stop by the Audiobooks section, the Fiction & Literature section*, and either the WWII section or the Adventure Books section, with Max grabbing my hand and saying, "Come on, Dad!"

Today, Luke pointed at the cover of a book and got excited.

Two women laughed behind me. One of them was black. I was speechless.

* Barnes & Noble has a crappy Fiction & Literature section. Sure, it's about the same as Borders, but when you go into a decent bookstore, and I'm not talking about a fantastic bookstore like Powell's or Elliot Bay -- I'm just talking about your average independent bookstore -- the Fiction section is always richer.

And here's one of my pet peeves. Barnes & Noble puts in a ton of furniture when a store first opens, and then they slowly take most of the comfy chairs away. On the Soul Rating Scale, Burger King and Barnes & Noble are in the same category. Therefore, in honor of my sister-in-law who recently shaved her head bald to get a tattoo of a chakra pyramid that will open her third eye, I am hereby sending negative vibes towards the Barnes & Noble executives. Deal with that!

Besides doing a naked monkey dance, what could be more fun than doing a bike ride for a good cause?

I'm going to ride in the Mount Vernon 2009 Bike MS Ride on Sept. 12-13. If you’ve been itching to give money to a good cause but just can’t find the right charity, consider the National MS Society. If you’d like to contribute, here’s my page:

It's for a good cause. But you know, if you need your money for other things like gambling and prostitution, Jerry Lewis' kids will understand.
Posted by Bob at Friday, August 21, 2009 No comments: 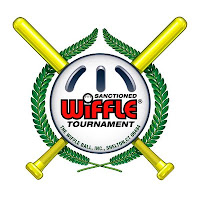 When Dug and I showed up at Elden's door for a Saturday morning ride, I'm not quite sure what I expected. I certainly didn't expect Elden to answer the door with a howdy-ho cheerfulness.

"Hey! I'll open the garage. Which bike do you want to use, Bobby? The Superfly or the Fisher? Do you have a helmet?"

Dug had just picked me up at the airport, and we weren't even sure Elden would be up for a ride. So we loaded our bike stuff onto Dug's car and drove up to a parking lot at the top of the Alpine Loop, where we waited for the other guys to show up.

Whenever you're waiting at a parking lot for other riders, you derby. It isn't even a question. No one says "Go!" and no one even says, "Derby on!" You just ride in front of someone and stop, or you t-bone someone, and that's the start. There are only two rules in derby -- 1) hands on handlebars, 2) feet on pedals. As long as you follow those rules, you do whatever you can to knock other guys off their bikes.

Dug has the most experience. His elbowing is adequate and his balance is above average, but it's his head-butting that gives him his edge. Elden is -- and always will be -- slightly clumsier than any other rider, and that can work to his advantage. He's capable of taking anyone down with him.

Kenny and Larry finally showed up, and the four of us rode through the mountains, chatting comfortably and joking.

I thought about how the cancer destroyed her body and tortured her for months. For years. I wondered how helpless and heartsick her family had to have felt as they watched her battle.

While all these thoughts were bouncing around in my head, we talked about singlespeeds and Leadville and audiobooks.

The funeral service on Monday morning was packed with people who showed up to mourn Susan's death and support the people she left behind. The service itself was beautiful. Elden somehow managed to give a tribute without breaking down, and the other speakers conveyed a good sense of what made Susan unique.

Something else that was rattling inside my head during the trip was how Elden and Susan and their friends and family fought so hard and gave so much to help each other. Witnessing all that love and sacrifice made me feel hope and -- something totally unexpected at a funeral -- joy.
Posted by Bob at Tuesday, August 11, 2009 No comments:

Susan Nelson finally died tonight after a long battle with cancer. She and Elden inspired thousands of people and helped raise more than a half million dollars -- so far -- for the Livestrong Foundation. A great fight like that is always a victory.

On the flip side of the coin, my sister Lisa seems to have gotten rid of cancer. She's feeling much better.

I may be going out on a limb to say this, but I'll do it anyway. Cancer sucks.
Posted by Bob at Wednesday, August 05, 2009 No comments: