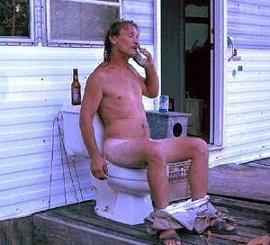 I've been trying to pinpoint what the states that voted for John McCain have in common with each other, but I just can't pinpoint it. What is it about the people in Georgia, Mississippi, Texas, North Dakota, Tennessee, and South Carolina who insist on voting for the likes of George W. Bush and John McCain?

Are they all hot weather states? Land-locked states? Is it the shared ideology of trickle-down economics and free market deregulation? The love of Jeffersonian small government? If you have any theories, feel free to spout off. I'm stumped.

UPDATE: I know this post is unfair. In the immortal words of the current President of the United States, "I know that. Don't you think I know that?" As I mentioned in comments, a lot of smart, well-informed had their reasons for voting for Bush and McCain; and a lot of dumb, uninformed people voted for Obama. Most of all, I'm delighted that the Bush Era is nearly over, and I'm still mad at anyone who helped him take office. The way the Republican party used the religious right to get votes while putting policies in place to help big corporations was deeply cynical and short-lived. Despite McCain's gracious speech, he still tried to win using these same Rovian techniques.
Posted by Bob at Tuesday, November 04, 2008