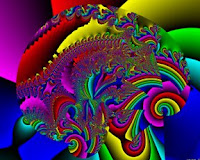 Drugs. Tough subject for me. I have some friends who think I'm hopelessly provincial when it comes to drug use, and I have other friends who think I'm in Hunter S. Thompson's league because I've had a few drug experiences. They're all wrong, of course. No one understands me! (For some reason, it tickles me when people say that.) When I was first figuring out how the world works during the late 60s, I remember being alarmed by a psychedelic poster of Donovan (yes, the "British Bob Dylan"). I sincerely believed that he and the other dirty rock n' roll hippies were satanic figures trying to lure us all down to hell, and displaying a poster of Donovan was like displaying a poster of Regan in The Exorcist. Not that the Mormon culture was in any way influencing my outlook. I remember seeing the potheads ("freaks" in Nebraska, "burnouts" in Colorado, and "stoners" in Michigan), and thinking these chain-smoking losers in tattered jean jackets had already thrown away their lives. Why couldn't they just be normal and play sports, or at least cheer for people playing sports?

At the end of this period, when I was out once and for all, I went through an experimental phase that most people go through in their teenage years. It was a bizarre time full of experiences both miserable and exhilarating, and some of the most exhilarating experiences were the most miserable, and vice versa. At this point, a good writer would be more specific. All I can say in my defense is that I do in fact have many entertaining examples of this period to relate, but it falls outside the scope of this particular web log entry. Oh, but I'll get to some of them, 'cause I can feel a memoir-writing phase coming on, if you can't already tell.

At the end of this experimental phase, I'd mostly figured out what I was comfortable with and what I wasn't. Of course, it's complicated because I can be a tremendously insecure person. For example, just this last weekend, I finally admitted to myself that my favorite pizza is canadian bacon and pineapple, which is kind of like admitting that your favorite alcoholic beverage is Zima. Or, ahem, hard apple cider. While I'm still insecure about food and beverage tastes, I think I have a decent handle on drugs. I realize that I still have some of the conservative hippie-bashing tendencies, and I think drugs are a lot more dangerous and destructive than a lot of my friends do. Nevertheless, while I'm not into drugs, they can be fun on occasion. I'll get drunk every now and then, and I'll smoke pot about as often as the Summer Olympics roll around, but that's it. I think marijuana is a remarkably tame drug, much less harmful than alcohol, but for me there is too much payback. I can get paranoid, which is common for someone whose very skin offends him at times. And the day after I smoke pot, I am without fail grumpy. Still, every four years or so, it may be worth it. Or maybe not.

A few years ago B.T. (Before Twins), I made the mistake of drinking and smoking pot at the same time. For a lot of people, this is a good combination. The alcohol loosens them up, and the pot mellows them out, and all is right with the world. For me, the alcohol lowers my inhibitions, and the pot makes me insecure and paranoid, so the lowered inhibition merely causes me to cut loose and then feel anxious about it.

So I was hanging out with my wife, her sister, K., and our brother-in-law, M. I didn't know them well at the time. We're drinking and chatting and having a good time, and the subject of learning how to play music came up. Now, K. and M. are talented musicians. M. in particular is a great guitar player -- for example, whenever I've asked him to play any song, whether it's Bob Dylan or Nat King Cole or one of my lame Christian folk songs, he could do so flawlessly without sheet music, and he'd know all the words to all the verses. M. and K. sing beautifully together, so whenever M. broke out his guitar, it was like having our own personal minstrels. When I mentioned that I took piano lessons, K. was startled, because I apparently show no signs of having musical talent. She asked why I stopped taking lessons. The drunk part of me kicked in, and I didn't explain myself well.

What I meant to say was that I had no interest in playing the piano because none of the songs were interesting. Sure, I appreciate "Ode to Joy" now, but a 13-year-old kid whose idols were Johnny Unitas and Jackie Robinson just wasn't going to be into Beethoven and folk music. Above all, my tepid desire to play the piano wasn't nearly strong enough to overcome my lack of musical talent. But here's what I said instead:

"I quit piano lessons because my teacher was lousy. She didn't let me play any interesting music [hiccup], and she didn't encourage me to create my own ... music."

K. smiled to herself. When I'm sober and unbaked, I would have responded to her wan smile by either clarifying what I said or chalking it up to K. being a ruthless ball buster at times, such as during her waking hours, and letting it go at that. But as a stoned inebriate, I insisted on having her explain why she smiled like that. We then had one of those miserable approach-avoidance conversations in which we dodged the core issues out of politeness or whatever. She obviously thought I was blaming my lack of musical talent on my piano teacher (I was, but didn't mean to), and I was mad at K. for her judgmental arrogance, but all that went unsaid.

So what happened next? Nothing and a lot. Nothing, because we dropped the conversation and moved on. A lot, because I couldn't get K.'s reaction out of my head. It was the worst thing that could happen to me in that state. If I'd said something overtly stupid or if K. had merely misunderstood me, I could have dealt with it much better. But because I knew someone was calling me on my bullshit, yet there was some truth in what I was saying, I couldn't let it go. I sounded like Lady Catherine: "If I had ever learnt to play, I should have been a true proficient."

When you're stoned, you pay attention to every thought that passes through your head, even the white noise, which can be a cool thing if the discardable thoughts are pleasant or interesting. Or it can be miserable. That insignificant trifle of a conversation filled my mind. Why did I stop playing the piano? I have no desire to play the piano, that's why. Why did K. just look at M. like that? Was that a knowing glance? Did I just say that aloud? Was I talking? Oh shit, I was talking. I better explain myself. And I better explain why I'm explaining myself, and then I better explain that. Are those Doritos free?

It's not always easy living inside your own head. I promised then and there that I would never smoke pot again. Unless maybe someone thought it was a swell idea.
Posted by Bob at Wednesday, September 12, 2007