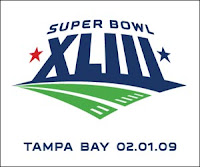 Before I make my official prediction, I'm going to break down the game for you. By the way, it cracks me up when sportswriters announce that they won't be making their prediction until later in the week. You know, once the facts are all in.

There are four possible scenarios in this game. I say "four," because I have just enough time to describe four scenarios. If I get long-winded, this number may change to "three" or "two," but you won't know any better because I have word-processing capabilities that include, but are not limited to, editing.

Factoids that all serious football fans are sick of

* Pittsburgh is favored to win by 7 points over Arizona.
* Pittsburgh has a great defense -- best in the league -- and they're especially good against the run and at pressuring the quarterback. They have a good offense with a line that's struggled at times this season.
* Arizona has a very good passing offense and a so-so running game. They have a good defense that's been playing reasonably well lately.

This will most likely happen if the Steelers pass rush gets to Kurt Warner. The effectiveness of the Steelers pash rush is the single most important factor in this game. I should know, because I played flag football on a college intramural team. When Warner has time to throw, he's as good as any quarterback who's ever played the game. When the pash rush is getting to Warner, he's as bad as any quarterback who's ever played the game, at least in terms of fumbling.

So if you see Warner getting hit on nearly every play, and if you see him fumbling a lot, this scenario is likely. And on the other side of the ball, if the Steelers' offense moves the ball and forces the Cardinals to over-pursue, it's over. But if Warner is standing back in the pocket and waiting for his receivers to get open, and the Steelers offense is merely good, no routing will take place. At least not by Pittsburgh.

Unlikely. Even if they manage to get a decent lead in the first half, Pittsburgh is just too good to get blown out by Arizona. Of course, I would have said that when Arizona played Carolina a few weeks ago, but you don't want sportswriters to hem and haw and on-the-other-hand. You want us to give bold assertions! And by "us" I mean sportswriters.

I think this is the most likely scenario, which is why I put it at the 3 spot. I think the Cardinals' offense matches up pretty well against the Steelers' defense, and they'll likely score a few touchdowns but cough up a few key turnovers. The Steelers' quarterback, Ben Roethlesburger, who's name I spelled either correctly or incorrectly from memory, doesn't have a history of playing well in big games, but he does have a history of winning them ugly, as any Seahawk or Raven fan will attest. I think he'll make enough plays against the Cardinals' defense to win.

Arizona could win this game in the same way the Giants beat the superior team last year. They could do one thing very well to take the opponent out of their game enough to keep it close, and then a few unknown players could make spectacular plays in the fourth quarter. In the Giants-Pats game, the Giants' defensive line destroyed the Patriots' offensive line. And then a fifth-string receiver scored a touchdown and made the incredible "Helmet Catch" in the fourth quarter.

In this game, the Cardinals could score a couple of touchdowns on special teams, or the offensive line could neutralize the Steelers's front 7, and some slot receiver could end up making several big catches.

I don't know. I'll find out during the game.

I will be making seven-layer dip. Wendy will be making hot wings and homemade bread. Andy, who has been researching "humanity's interest in sporting activities," has decided to strip down to his waist and paint his torso in Cardinals' red. I'll lay out newspapers for him to sit on the couch. Stan will cheer mightily for the Steelers because he found out that I'm rooting for the Cardinals. Grey will be biding her time, waiting for a post-game poker rematch. Minette will be in Oregon. Others will attend as well, but I'm going to be focused on the game in general, and the Cardinals' offensive line in particular.