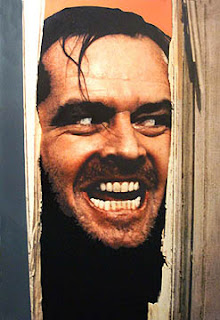 I was 40 years old when I became a father, so I had a pretty good idea of what parenthood entails. I had no illusions about how much time and energy it required to raise children, and I even had a sense of its relentlessness. But one thing that caught me off guard is the intensity of the emotions. I had no idea that love for your child would cause your heart to ache at times. Nor did I have any sense of the related emotions that sweep through you, such as the overwhelming rage at the mere thought of someone doing harm to one of your kids. Over the years, I've been successful -- maybe too successful -- at repressing my emotions. I very rarely get angry at other people. My anger is usually reserved for uncooperative yard equipment and disfunctional tools, but I really wonder whether I'll be able to keep my emotions in check when my boys are threatened.

These new feelings help put a certain childhood memory into a different perspective. My older brother Mark and I had a friend up the street who was between us in age. We were all in elementary school. Doug had just gotten two pairs of boxing gloves for his birthday, so we decided to take turns boxing. Doug and I boxed first. As Doug pummeled me, I heard my brother shout useful advice like "Hit him" and "Stop letting him punch you in the face." I got knocked around some, but I felt like I was starting to get the hang of it. Mark's turn. He did the same thing to Doug that Doug did to me, only with a little more zing. He even knocked Doug to the ground a couple of times.

That's when Doug's father came roaring out of the house. Apparently, he'd been watching us from inside. He ripped the gloves off of Doug's hands and started putting them on clumsily. He was shaking with anger. Of course, I had bug eyes at this point and I was thinking I better go get Dad. Mark, who was 9 or 10 at the time, backed out in the street, took the gloves off, and said, "You're crazy." Doug's father followed him out in the street and shouted a couple of challenges, like "Are you too scared to take on someone a little bigger?" or "You'll never be a man if you don't stand up and fight," but I don't recall exactly what he said. Just that he was furious. Doug and I looked at each other and shrugged, and I followed Mark home.

Until I was a father myself, I never understood what -- apart from sheer lunacy -- could motivate Doug's father to charge out of the house like that to menace a 10-year-old. Love can get you all twisted up.
Posted by Bob at Thursday, June 28, 2007